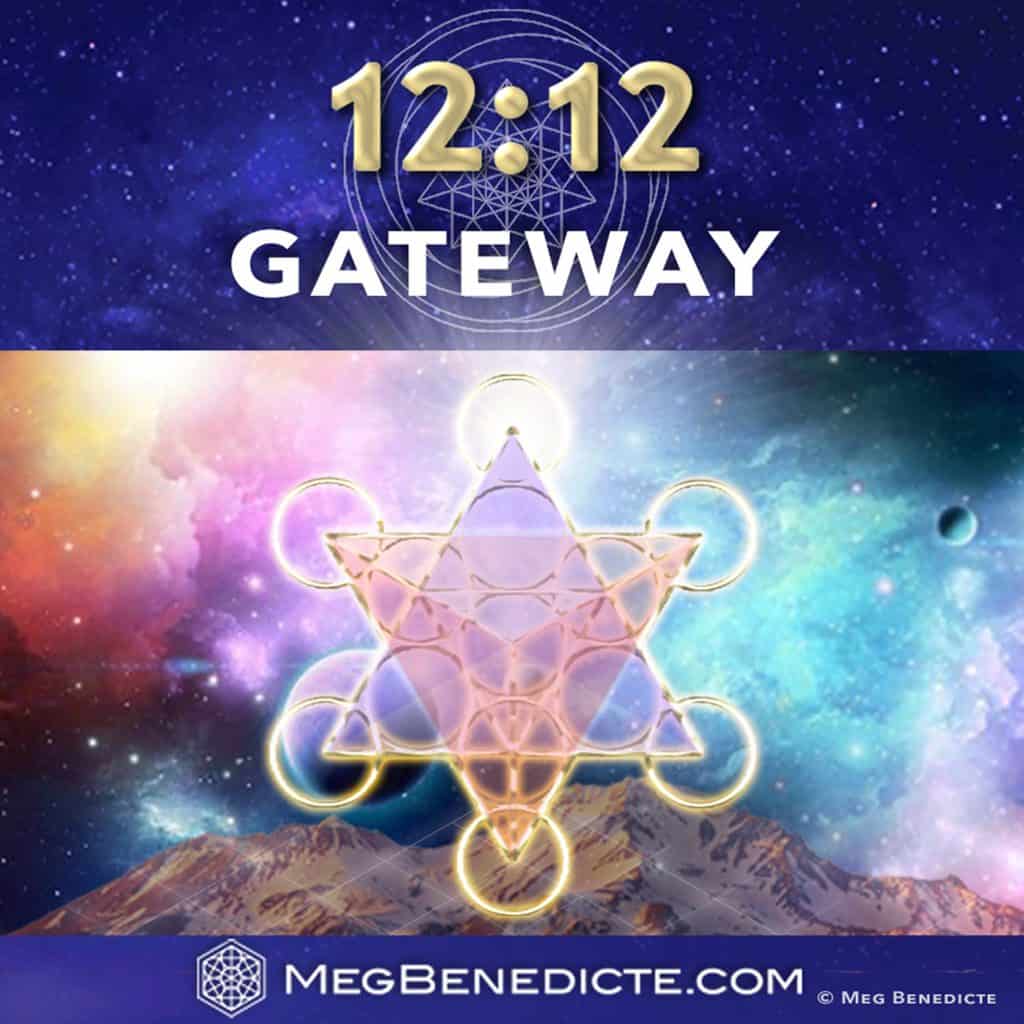 On 12:12 an ascension portal opens during the annual gateway alignment with the galactic center located approximately 26° Sagittarius…a time of potent manifesting in the source field. The divine digits of 12 resonate throughout this universe. Some examples include the annual calendar year divided into 12 months, the hours of the clock divided into 12 hours, and the 12 zodiac signs in both Western and Chinese astrology. The sacred 12 symbolizes the end of a cycle and beginning of a new one.

In Metatronian tradition, the Cube encompasses 12 circles that correspond to the 12 dimensions in the dodecahedron geometry of creation and alchemy. 12:12 is AA Metatron’s ascension gateway activation. 12:12 represents your spiritual growth as an Infinite Being. According to Metatronian mysticism, 12:12 is a sacred code that activates your Merkabic field.

The ancient Mayans created a calendar to track this 2000-year galactic cycle called the Great Purification. The New Agers call it the Great Awakening. We are seeded here from various star nations to usher in the New Golden Age. This explains the vast genetic and ethnic diversity in humanity during this particular time on Gaia.

Since 2012 we have been experiencing two parallel timelines…the Old Earth Timeline (OET) and the New Earth Timeline (NET). The timeline bifurcation occurred on December 12, 2019. In numerology 2019 was a ‘12’ year…this was a rare 12:12:12 Gateway. I guided a global activation from Mt. Shasta that day to seal and secure the NET into the earth chakra and planetary field. This was a momentous occasion in the global ascension. Sacred 12 heralds the new divine human race.

The 12:12 cosmic gateway opens directly to the galactic center, the Great Central Sun, and remains active until the Solstice on 12-21. The energy is greatly magnified during this time. While the annual 10-day gateway is open we are blessed with an extraordinary light infusion of solar power emanating from the spinning vortex of the galaxy. The powerful solar/plasma waves are activating human biofields into higher frequencies, bio-cellular transformation, and 5D Unity Consciousness.

As you step into the zero point field at the galactic center, your biofield receives a surge of crystalline code activations. Your Starseed DNA unlocks and awakens with sentient consciousness. The Soul’s crystal ascension codes awaken as the genetic structure evolves into quantum unfoldment. In the same manner as the chrysalis of a butterfly, the crystalline DNA unfolds and emerges in physical form, forging the sacred vessel for Soul embodiment.

Join other Light Bearers, Gridworkers, and Star Beings from all around the world, as we gather on December 12th for Metatron Activations during the 12:12 Gateway. The show is recorded for replay. If you would like to participate, register here:  https://newearthcentral.com/?p=252702