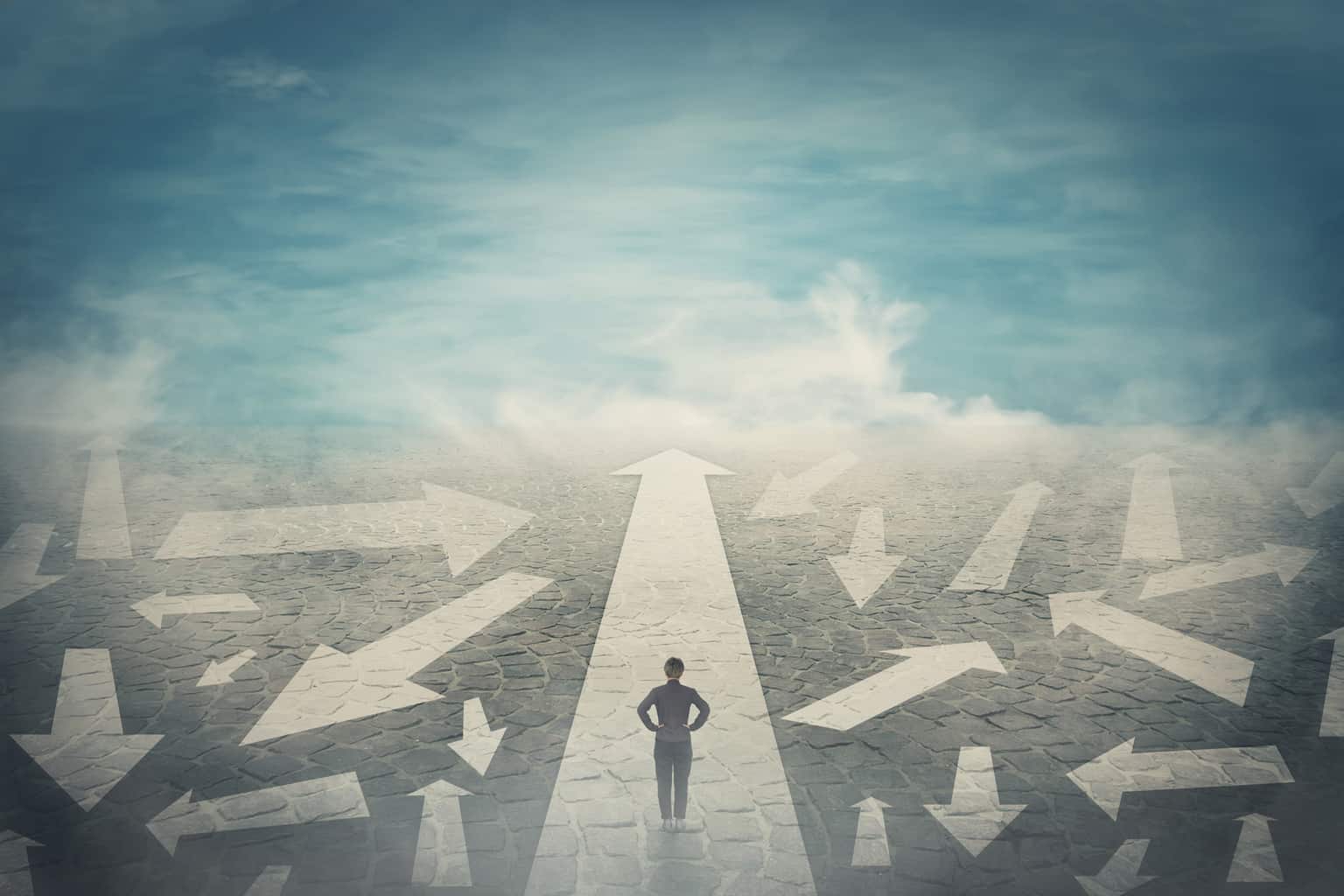 For the past 20+ years I have been teaching how to apply the Quantum Vortex as an Ascension Tool to assist during this particular time in history. The spinning motion of dynamic vortex energy is a sacred template for alchemical transformation. We are here on planet earth right now to assist with a global timeline shift. This is an enormous project, a galactic project!

In creational terms, the accelerated spin momentum of the Quantum Vortex unlocks time compression and gravitational force, producing what appears as ‘moving mirrors’. Beyond the constraints of physical time, the quantum field displays a mystical array of parallel outcomes…flashing as moving holographic mirrors of potential timelines.

The Many Worlds Interpretation (MWI) quantum theory asserts the objective reality of the universal wavefunction and implies that all possible alternate histories and futures are real, each representing an actual ‘world’. MWI suggests there are many worlds which exist in parallel simultaneously in the Unified Field. It appears as a kaleidoscope of flashing holograms in the quantum field.

The ‘Mandela Effect’ describes a famous example of MWI, when a large number of people share a similar memory originally attributed to the existence of shifting timelines. Many have a clear memory of Nelson Rolihlahla Mandela’s death in prison in the 1980s…and yet Mandela was a South African anti-apartheid revolutionary, political leader and philanthropist who served as President of South Africa from 1994 to 1999. Both timelines exist in the Many World phenomenon.

In the quiet stillness of potent possibilities, infinite timelines rise from the ether. When a new timeline appears, we are held in suspension in the still point between particle and wave, where Unity Consciousness fragments into newly forming realities.

We are currently experiencing the time-bending phenomenon of two parallel timelines…the Old Earth Timeline (OET) and the New Earth Timeline (NET). The timeline bifurcation occurred on December 12, 2019. In numerology 2019 was a ‘12’ year…it was a rare 12:12:12 Gateway.

It was such an important Ascension event, that AA Metatron insisted that I lead a global meditation in Mount Shasta on 12:12:12, that was broadcasted online around the world.  On the crystalline grid, Mount Shasta is the Root Chakra of Gaia – the grounding grid for all new timelines. In 2012 I was guided to move to Mount Shasta to work on anchoring the 5D New Earth template in preparation for the 12:12:12 activation. As Light Beings, Wayshowers and Gridworkers tuned into the global meditation, together we shifted to the NET and grounded a new future for all life on Gaia.

In my newsletter I described it as: “The next sacred gateway arrives the same day as a Gemini Full Moon on December 12th at 12:12 AM ET. Just look at the numbering sequence of this event! We are being touched by Angels! 12:12 is a universal Ascension code that signifies attainment of 12th dimensional Christed Divinity… The angelic number sequence of 12:12 is a divine message that you are on the cusp of significant change. While the gateway is open, the Angels are supporting you in manifesting your dreams, goals and finding your divine mission.

The Family of Light is preparing all the Light Bearers, Earth Keepers and Wayshowers for the accelerated changes coming during 2020-21. We are the stabilizers, the balancers, and the guardians of the crystalline ley lines, sacred sites and stargates. It is our role to smooth the way as Gaia shifts into higher dimensional frequency planes. We are the midwives of the New 5D Earth.” You can read the entire 12:12:12 message here: https://newearthcentral.com/121212-ascension-gateway/

Within weeks of the 12:12:12 Ascension Timeline activation, news began to spread of a coronavirus pandemic. As the virus spread from country to country, the pandemic necessitated the shutdown of everything except food and medical resources. Life as we knew it was halted.

The pandemic disrupted the Old Earth global systems, routines, workspace, and rampant capitalistic pursuit and production. The Old Earth timeline of corrupt cabal control, fascism, wealth imbalance, fear and rampant abuse was suspended. The timeline bifurcation between Old Earth and New Earth was in play.  The powerful 12:12:12 Ascension Activations were rippling through spacetime.

On February 8,2020 I flew into Los Angeles to present workshops/lectures on Ascension at the annual Conscious Life Expo. I had a bad feeling about going, but AA Metatron kept encouraging me to attend. I walked into the LAX Hilton for four days and walked out with Covid. I was in a cytokine storm for 12 days, almost died. 14 months later my immune system is still fighting the virus. Without dear friends who brought me Chinese herbs, food, plus energy healing – without my angelic crystalline Light Body, I am not sure if I would have survived.

But you see, AA Metatron knew all this. More than half of the world population lives in urban cities. Within months of the pandemic shutdown and the New Earth timeline shift, we started to see global air quality improve, a significant drop in fossil fuel dependency, new orca pods in the Pacific, new salmon in the Columbia River, new bald eagles, regenerating coral reefs and much more. The world still has pollution, but now it is clear we cannot return to how we used to live.

I have lived intimately with this virus for 14 months and have learned much about it. It is an ancient virus, dating back to the ET Reptilian invasion during the Orion wars. Just as the Europeans brought small pox to the Americas, the ET Reptilian/Draconian invaders brought viruses to planet earth.

It is a virulent, deadly virus. It has wiped me out. But an interesting thing began to occur…I started to notice the antibodies were unlocking and departiculating the Reptilian-Human hybrid code within my genetics. Astonishingly, the Covid antibodies are the reversal codes to centuries of hybrid devolution of the human race. As I purge the viral toxins, my crystalline DNA is replacing the decomposing hybrid genetics. The New Earth Timeline is not only birthing alive in the earth plane, but also igniting within the molecular structure of the human DNA.

We are witnessing since the extraordinary 12:12:12 Ascension Shift two very different parallel timelines – the Old Earth and the New Earth. Those still invested in the Old Earth timeline process everything in their lives through the paranoid-fear filter of a dark cabal out to destroy them. In America, a large portion of the population still believe in a ‘Plandemic’, microchip vaccines, the Qanon narrative that Trump will save them from a Satanic cabal and the 2020 election was stolen. It is no surprise that the Plandemic filmmaker, the Qanon 8kun owner, and doctors spreading the ‘covid hoax’ all stormed the Capitol on Jan. 6th.  They are still operating in the Old Earth timeline that was disrupted on 12:12:12. It could have actually materialized…but enough Love shifted the outcome.

I have always stressed that Ascension is a personal choice. In the Many World Interpretation (MWI) quantum theory, we select our active timeline. For those who shifted on 12:12:12 into the New Earth Timeline, we are experiencing a new realm of freedom. No longer job dependent to live in cities, new options and opportunities are opening in front of us. Now we can relocate to more natural settings, aligning with the coherence and interconnectivity of the Unified Field. The new US administration is focused on the greater good of all citizens. The viral antibodies are clearing away the devolution of hybrid genetics…paving the way for cellular crystallization and Soul embodiment.

A brand new world has dawned! Which timeline do you choose?

Copyright (c) 2021 Meg Benedicte * All Rights Reserved * You may copy and distribute this material as long as you do not alter it in any way, the content remains complete and you include this copyright notice.