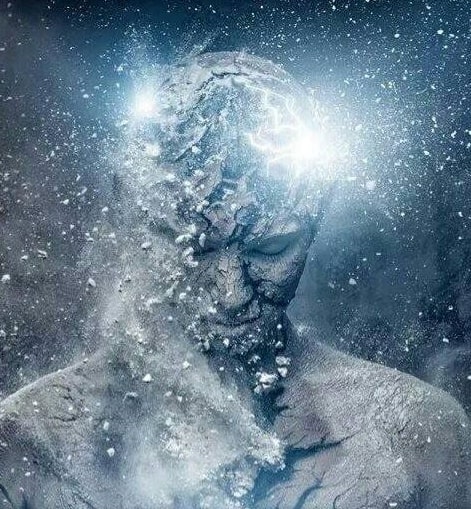 We are now in the deconstruction phase of 2020’s cosmic events, leading up to the more revolutionary aspects coming in November and December. The impact of the Saturn-Pluto conjunction in Capricorn on Jan 12, 2020 is still rippling through the field. Whenever Pluto is involved, there is much destruction, purging and clearing of the subconscious (underworld). In true Plutonian fashion, we are currently experiencing a global pandemic, shaky economy and civil unrest.

Friday’s Lunar Eclipse in Sagittarius triggered our emotional environment in a T-square with aggressive Mars – fueling protests across the nation against police violence, oppression and injustice. We’ve reached a tipping point…the people are pouring into the streets, awake, aware and determined to end violence against people of color. Unity consciousness is spreading like wildfire!

The following day, the Solstice occurs on June 20th with a Solar Eclipse just nine hours later at 0° Cancer, a critical degree of pure wonder, infinite possibilities, a new cycle about to begin. The Solstice occurs when the sun ‘stands still’ between light and dark. It is the balance point of all creation.

The Solstice is on the first day of Cancer, the sign of Universal Mother, feminine nurturing, leading with the heart. As our hearts heal, the planet heals. The swell of empathy and concern for others is increasing in the collective. The call for common decency and safety for all is getting louder!

The Solstice aligns with the most powerful eclipse of 2020 when the moon darkens the Sun. The major theme of the Solstice/Solar Eclipse duo is balancing personal freedom and self-expression with self-responsibilities.  2020 is offering us a chance to rewrite our own destiny. The cosmic events of 2020 are shaking up the status quo. We can no longer be complacent or fall back on outdated patterns, beliefs or operating systems.

Just as a symphony reaches a crescendo, your human energy is rising in frequency towards a threshold point. As you surge higher, you experience an opening sensation of freedom, lightness, clarity and liberation! The lower, denser constraints in the body, heart, mind dissolve and release, unleashing more of your deeper potential and creative spirit. Let’s keep the momentum building throughout the year. Focus on new collaborations, new innovative solutions, new visons of our New Earth. All is leading toward Soul embodiment and multi-dimensional living.

We are the Light Bearers, the Gridworkers and Earth Angels! Join other Star Beings from all around the world, as we gather on Saturday, June 20th for our Solstice – Solar Eclipse Gateway Global Activations. The show is recorded for replay.  If you would like to participate, click here: https://newearthcentral.com/?p=212785