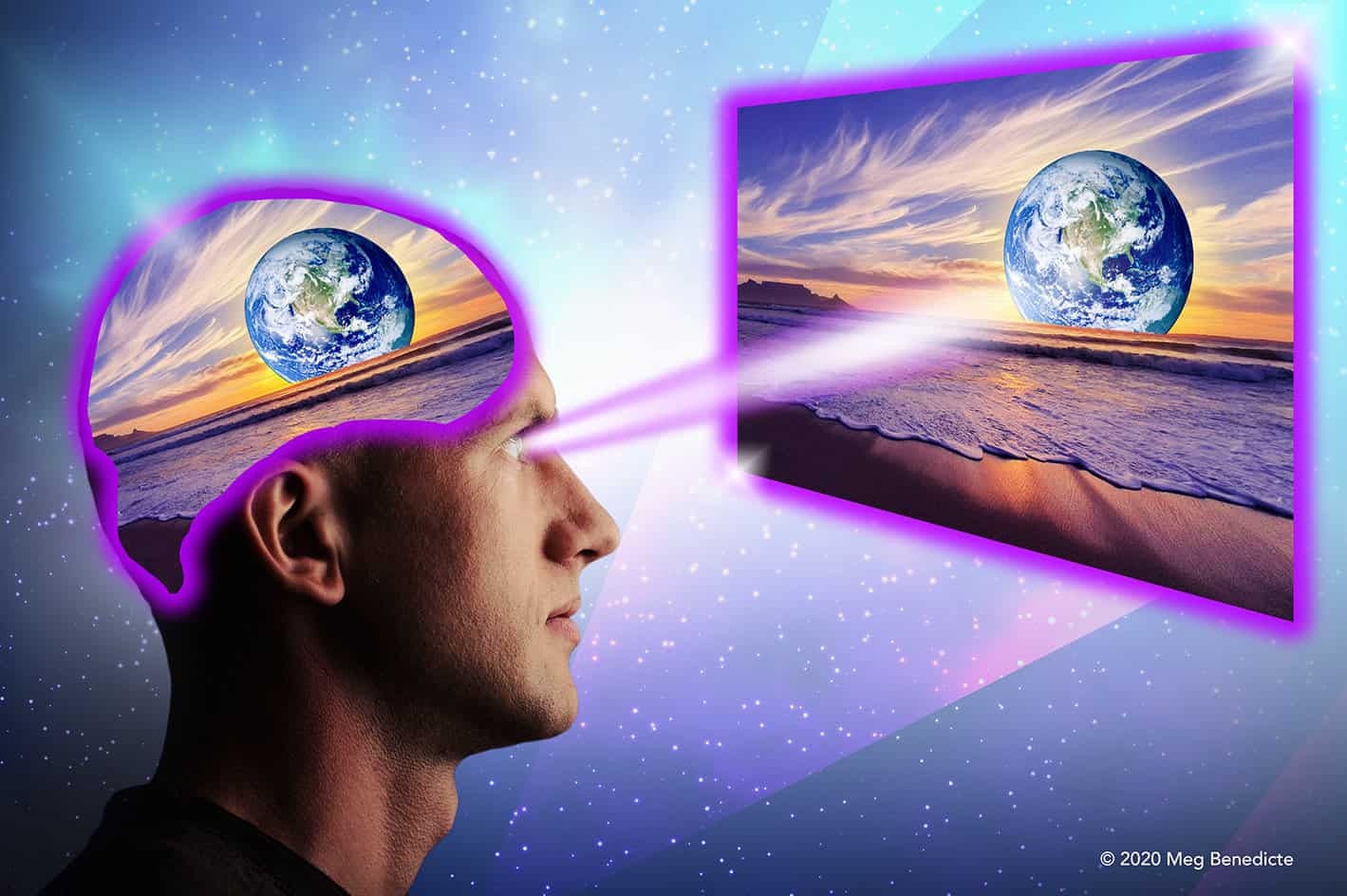 Working as a quantum healer for 25 years has given me a front-row seat in observing the extraordinary nature of energy. How it looks. How it operates. How it responds. One of the surprising, yet distinctive phenomenon I kept noticing in the quantum field is a type of informational template instructing the material plane. If I wanted to understand why something formed the way it did, I was constantly pulled to explore the encoded blueprint.

After years of investigation within the complexities of quantum energy, I started perceiving the projected nature of our human reality. I began to realize the human brain was not the originator of mental cognition, but the receiver of data from the quantum field. The human mind operated like a quantum field computer that portrayed or projected external reality like a hologram.

Within the field of quantum physics and string theory, researchers have proposed that the three-dimensional universe is a hologram, an image of reality coded on a distant two-dimensional (2D) surface. In 1997, Dr. Juan Maldacena, a theorist at the Institute for Advanced Study in Princeton, N.J., applied string theory (that portrays subatomic particles as vibrating strings) to create a mathematical model of the entire universe as a hologram.

“In his formulation, all the information about what happens inside some volume of space is encoded as quantum fields on the surface of the region’s boundary. Dr. Maldacena’s universe is often portrayed as a can of soup: Galaxies, black holes, gravity, stars and the rest, including us, are the soup inside, and the information describing them resides on the outside, like a label. Think of it as gravity in a can. The inside and outside of the can — the “bulk” and the “boundary” — are complementary descriptions of the same phenomena.” https://www.nytimes.com/2022/10/10/science/black-holes-cosmology-hologram.html

When we shift into the quantum perspective of a universal holofield, the nature of physical reality becomes more mutable and malleable, less locked in. If we could access the information embedded in the holographic ‘label’, or template, or blueprint, then we could recode the holographic projection. We could change how wave-particles materialize in the physical plane. We would have the power to influence the future outcome.

In quantum physics, the clockwise spiral compresses energy into particles of matter that form the physical world in spacetime. When activating Metatron’s Cube, it will open and expand into a spinning anticlockwise Phi spiral, reversing time compression, forming the Quantum Vortex around the energy field. The accelerated spin momentum unlocks gravity and collapses the time barriers between the physical and non-physical worlds, expanding to quantum level. The Quantum Vortex is the cosmic tool that opens access to the encoded blueprint in the quantum holofield.

The possibilities are infinite! Imagine all those filament strings in every atom humming and vibrating to a new coherent frequency? Envision creating a new human reality for yourself? Photon light is the carrier of consciousness that informs the quantum blueprint, it is the intelligence that particulates into physical matter. When LIGHT is alive and activated in the holographic mind, your visualizations are projected into the quantum field, carrying the light with them. What world do you want to create? What life do you want to live? Step into the Quantum Vortex and the journey begins!