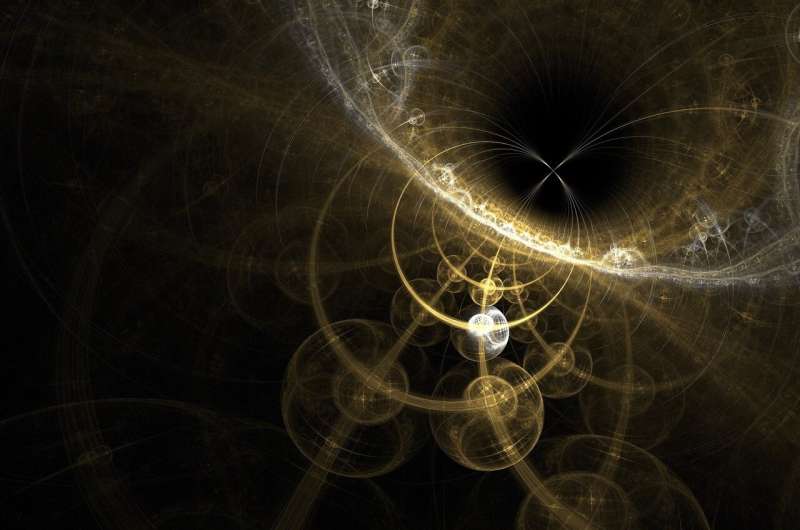 The Eclipse portal reaches peak power in a Solar Eclipse in Scorpio on October 25th. It will last for two weeks, culminating in a Lunar Eclipse in Taurus on November 7-8. The Eclipses occur on the north node of purpose and destiny in Taurus and south node of karmic lineage in Scorpio. Uranus, the planet of freedom and liberation, sits in Taurus all year. The upcoming Eclipses perform an amplification of the ground-breaking Saturn-Uranus square, dismantling the world power system and breaking apart the tight grip of Patriarchal hierarchies.

When the North Node is conjunct Uranus, there is an awakening that occurs – sometimes suddenly, quite unexpectedly – illuminating what you were truly born to do in this lifetime. In the midst of reshuffling, Uranus in North Node Taurus is shifting lanes so you can evolve and experience quantum living.

Through quantum entanglement, you have access to past, present and future realities. Wave-particles respond to your conscious interaction. In the vacuum state of the Quantum Vortex, your visions and intentions connect to potential outcomes through entanglement and propel wave-particles to spin into atomic formation. You have more influence than you may be aware of!

You may ask yourself, well what can I do about it? Why am I alive at this particular time. Your active presence in the collective mind is how you influence the potential future. By the very nature of your conscious observation and amplified intentions, you become the arbiter of newly forming particles that create physical reality. Planetary transits also contribute to the entangled affect in the quantum field of future outcomes

The ground troops, the Souls of Light, have come to planet earth to birth alive a different world. Don’t be deceived by the NWO (New World Order) narrative, this still exists in the hierarchal power system. Beware of ego-driven linearity and polarization. The guru or spiritual leader still operates in a top-down hierarchy. This is the dying system we are leaving behind. The crystal souls are repatterning an entirely new operating system that thrives in circular co-creation.

Replacing the hierarchies are circular communities of collaboration, inspired to achieve and fulfill a ‘win-win’ environment for all involved. Envision stepping into a Goddess circle or Arthur’s round table, feel the energy flowing in a spiral.

The New Earth replicates the circular inflow/outflow of the quantum continuum. The universe operates on the circular spin momentum of the Torus. The Torus taps into the abundant quantum flow that is generated in rotating magnetic fields…harmonic resonance unlocks the power. The new circular operating system is the toroidal circulation, a continuum of infinite life force.

Living in a continuum relies on maintaining zero point coherence, of self-perpetuating balancing polarities in a chaos field. We are evolving beyond a punishing chaotic reality into becoming masters of the quantum continuum. The new operating system is designed to regenerate health, happiness and infinite energy resources…a self-sourcing ecosystem for all involved.

We are here on planet earth to direct the birthing of a new era. The Scorpio-Taurus Eclipses on 10-25 and 11-7 activate the death-rebirth impact throughout the field. It will lift us up higher, as we ascend into the circular system. Register HERE: https://newearthcentral.com/?p=254607