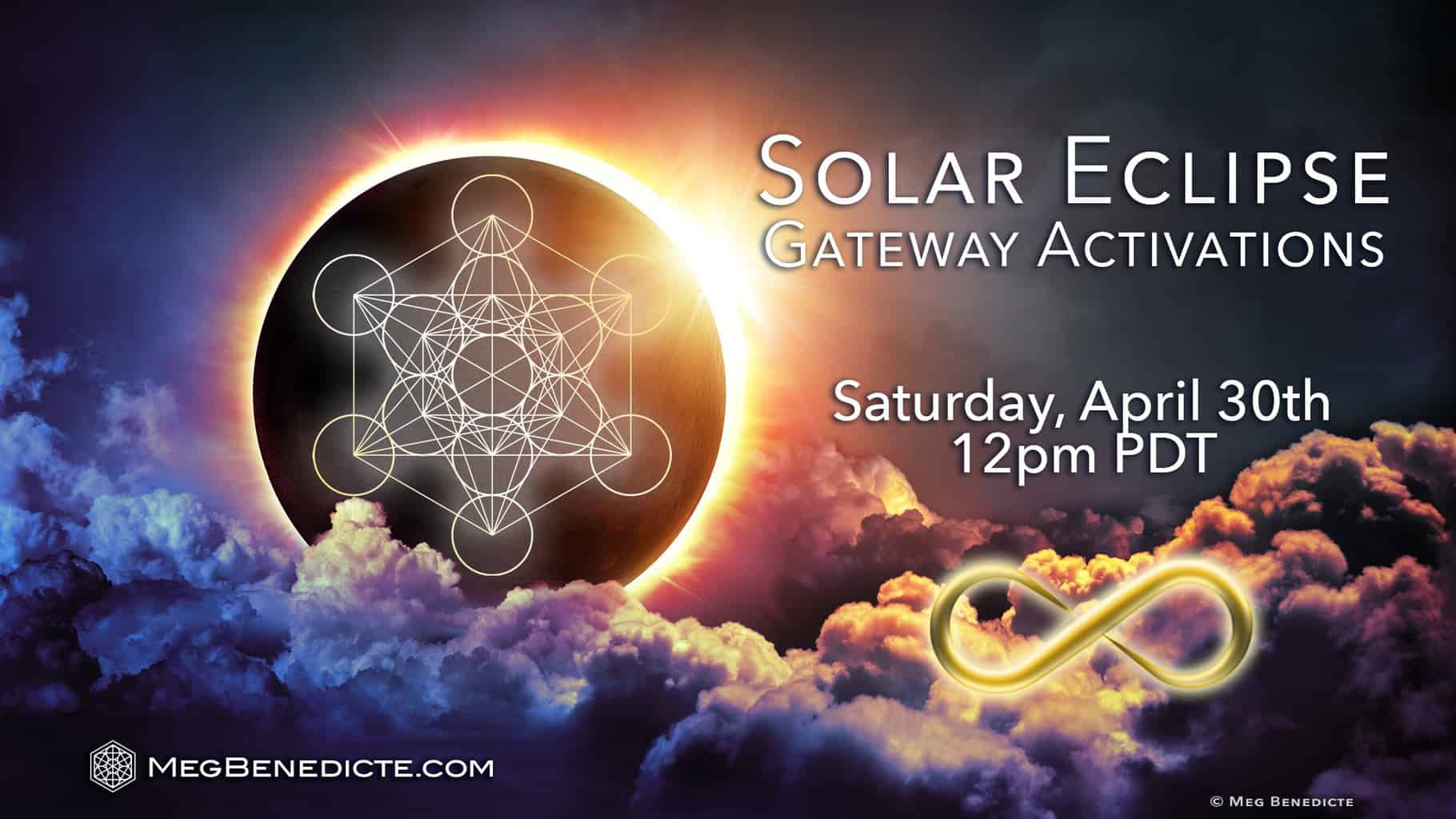 The first eclipse of 2022 arrives in just hours on April 30th at 1:28PM Pacific USA/ 9:28PM UK time. The energies are amplifying as we speak! The upcoming eclipses on the Taurus/Scorpio nodal axis are contributing to personal and planetary ascension. We are moving further into the transition point between a dying corrupt, top-down power system and the growing circular system of collaboration.

The Taurus solar eclipse supports the cosmic ascension by spiraling down into the denser physical plane, affecting the body, transforming cellular code. While the Gates are open, the cosmos bless us with a star-kissed Venus – Jupiter conjunction in Pisces.  This is a very positive addition to the solar eclipse gateway.

When beautiful Venus meets benevolent Jupiter during the transformative new moon eclipse, we are touched by heaven, spreading Love and lucky good fortune! I think everyone could use some love right now. As we join together in the Eclipse Gateway, we will soak in the sweetness, filling our hearts with abundant blessings as we create our New Earth.