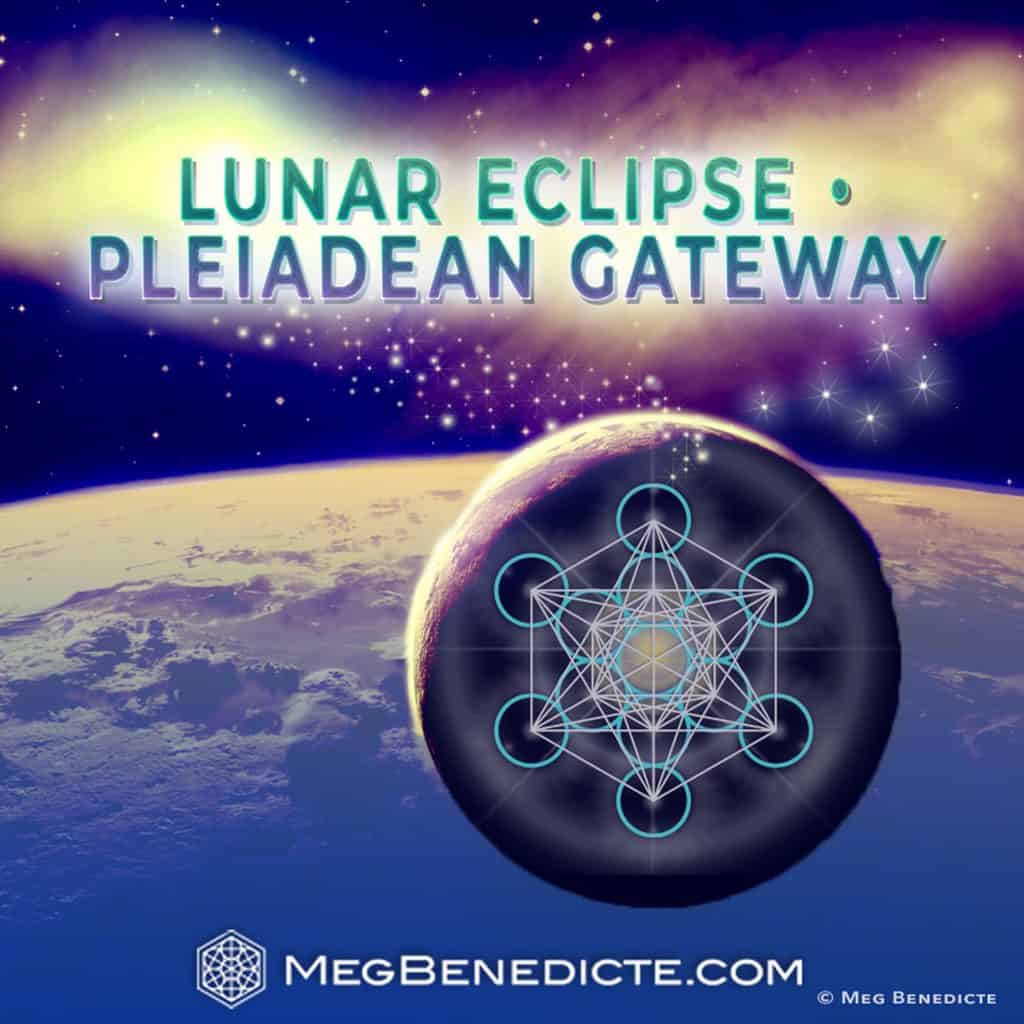 We are now moving through the year-end ascension gateways; next up is the Lunar Eclipse-Pleiadean Gateway. Eclipse Season arrives on Friday, November 19th with a Lunar Eclipse at 27° Taurus. This is the first eclipse occurring along the Taurus-Scorpio axis since 2012-2014. The Taurus Lunar Eclipse is square Jupiter and trine Pluto.

A lunar eclipse illuminates the hidden subconscious coming up for cleansing and purging. They affect the emotional self, our deeper feelings and relationships. A lunar eclipse is a full moon opposite the sun that initiates dramatic resets, like the phoenix rising from the ashes. It is a potent time to review what life lessons began for you nearly a decade ago, evaluating what no longer serves your greater good.

This year the Lunar Eclipse occurs during the Pleiadean gateway on November 19th. The Pleiades star cluster, often called the Seven Sisters, is located in the constellation of Taurus. Our solar system orbits around Alcyone, one of the seven Pleiadean stars.

Twice a year, in May and November, a gateway is activated to the Pleiadean star system, called the Pleiadean Lineup. When our sun transits the Galactic 25, 26, 27 degrees of Taurus or Scorpio, we are in astronomical alignment with the Pleiades. It is a powerful time for all Starseeds encoded with the Pleiadean bloodline, as well as a time of collaboration with our galactic family during the Gaia’s acceleration.

Join other Light Bearers, Gridworkers, and Star Beings from all around the world, as we gather on November 19th for the Lunar Eclipse-Pleiadean Gateway Activations. The show is recorded for replay. If you would like to participate, register here:  https://newearthcentral.com/?p=252575