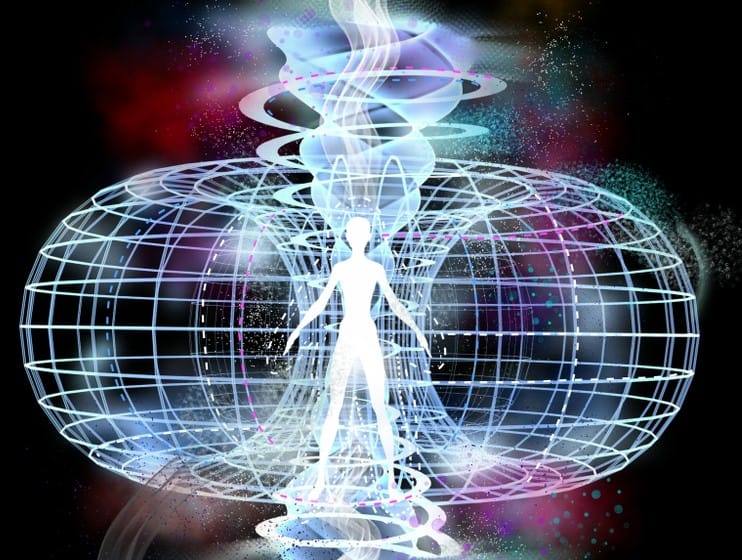 This morning I was struck with a strong sense of the United States being in a vacuum state. It has been a perilous time since the violent attack on the Capital on January 6th and the upcoming Inauguration on January 20th. Also called the ‘lame duck’ period between administrations, the energy typically feels less potent. But at this juncture, we are also transitioning from one era of civilization to another…the Aquarian Era. And so the energy this week feels like a quantum vacuum.

In quantum field theory, the quantum vacuum state is the quantum state with the lowest possible energy. Generally, it contains no physical particles. Within the quantum vacuum state are pulsing virtual particles popping in and out of zero point energy, then receding back into ‘nothingness’. These subatomic particles never return to rest but are always fluctuating − reacting to the empty space around them. This background sea of fluctuating light forms infinite possible outcomes, a field of all possibilities.

On a smaller scale, we experience this quantum vacuum state of possible outcomes every New Year’s Eve or each birthday. It is not often we experience a ‘Collective’ vacuum state, but here we are! As we stand in the fluctuating sea of popping virtual particles, what do we choose to energize? How do we envision our future? What type of world do we want to live in?

Any time a particle-wave is observed by the conscious mind, the exchange would collapse the wave-function and form a particle. It is the observer’s knowledge, perspective and intentions that cause the object to come into existence in a certain place with distinct behavior. Our visions and intentions influence the sea of possible futures.

The cosmic astrological transits weave consciousness into the quantum vacuum as well. As we witness a regime change in America this Wednesday, January 20th, the astrology amps up. “The cosmic weather is charged with electrifying energy with a sudden release of built-up tension—like the energy of earthquakes and lighting storms. This culminates with Mars (the warrior) conjunct Uranus (the revolutionary) on Wednesday. Mars transits heat-up, activate, and are known as “trigger” aspects (unfortunate moniker), releasing the built-up tension. Revolutionary fervor is fueled with bravado, hubris, and reckless abandon on inauguration day…David Pond. https://www.davidpond.com/weekly-forecast-2

As Wayshowers, we are being called to seed our intentions for the New Year and our New Earth! We cannot leave it up to chance. We are being called to influence the fluctuating sea of virtual particles in zero point energy to spark alive a new world paradigm of peace, harmony and Love. Don’t miss this opportunity to make your mark in the quantum vacuum field.

Working with Archangel Metatron and Michael, we will travel to the Great Central Sun to accelerate and activate the New Earth template. Join other Light Bearers, Gridworkers, and Star Beings from all around the world for the New Earth-New Year Global Activations on Saturday, January 23rd at 12:00pm Pacific Time. The show is recorded for replay. If you would like to participate, register here:  https://newearthcentral.com/?p=250388

Copyright (c) 2021 Meg Benedicte * All Rights Reserved * You may copy and distribute this material as long as you do not alter it in any way, the content remains complete and you include this copyright notice.