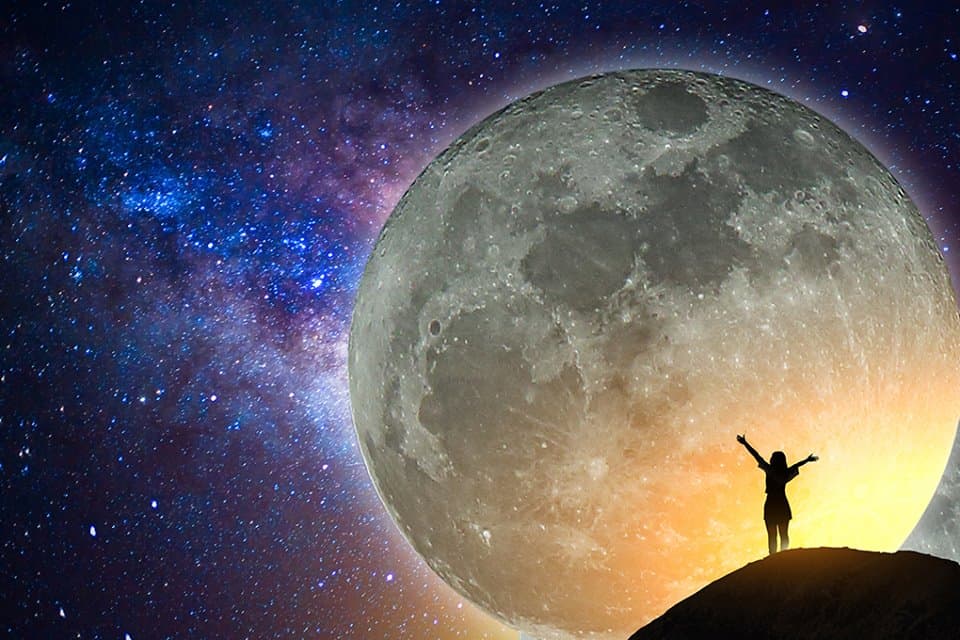 Tonight is Full Moon magic at 25° Sagittarius, located near the event horizon of the galactic center. With such a powerful galactic spotlight, the Sagittarian Full Moon highlights where we are not in integrity with Soul truth. Any internal conflict between ego personality and authentic Soul essence will become glaringly obvious. The galactic plasma light exposes holographic illusion and artificial control programs.  All will be exposed in the divine Light of Truth!

As we advance into more Soul embodiment, we can no longer separate spirituality from day-to-day physical/political life. How we think, feel, act and behave come into alignment with Soul consciousness – be it in meditation or interacting with the material world. All is morphing into unity consciousness!

The Sagittarian Full Moon leads us into the Solstice Gateway corridor this week, culminating in Friday’s annual spectacular Solstice activations. You may already be feeling the intense Light blasts as we move into this powerful Solstice event. The solar plasma waves are igniting new Ascension Codes as we prepare for 2020’s momentous astrological events. While Mars and Mercury are in Cancer (North Node) opposite Saturn-Pluto conjunction in Capricorn (South Node) this week, we are seeing a sample of what’s to come. It packs a wallop!

The June Solstice marks the day when the Sun’s path makes its longest arc across the heavens. During these Gateway openings, the plasma-photon Light infusion lifts us into a higher threshold – it can feel like being pushed to the next level, bursting into a new orientation.

Due to reduced geomagnetism at certain locations around the globe, there exist ancient sites attracting, storing, and generating higher ascension frequencies. Ancient civilizations treated these sites as temple structures, sacred places to pray, meditate, time-travel and perform alchemy. Stone henges, pyramids and nature’s vortices create the kind of environment where one can enter higher dimensional realms.

The powerful waves of crystallized diamond Light streaming from the Great Central Sun are infusing ‘awakening’ consciousness into these sacred sites and ley lines. As these powerful Light waves sweep through the planetary grid and into the collective, Gridworkers are transmuting deep-seeded discord, trauma, emotional pain/suffering and shadow forces. All is in flux and transforming. The 5D New Earth hologram is grounding into the earth plane for all to access.

Join Manette and myself with Earth Keepers, Gridworkers and Star Beings all around the world on June 21st as we travel to the Galactic Center on the day of the Solstice Gateway, the source force of all creation in the universe. The show is recorded for replay. If you would like to participate, register here: https://newearthcentral.com/?p=209425