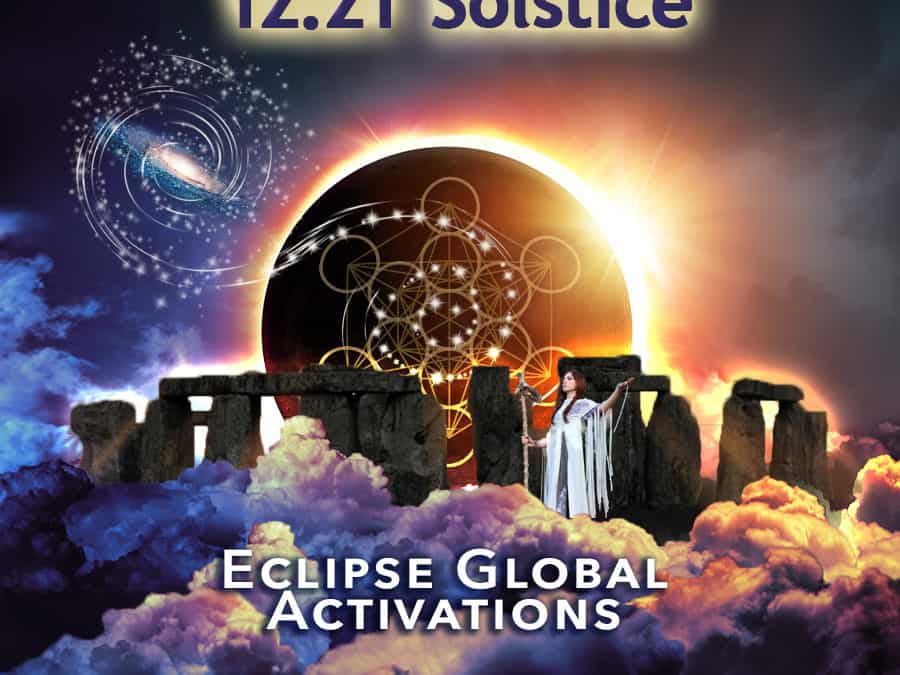 The Cosmos have handed us the perfect ‘fresh start’ recipe to launch our Ascension lives.  We are being encouraged to ‘let go’ of the past and create new realities in our lives. Whatever we initiate during the 12:12 – 12:21 Gateway will ripple into the quantum field of all possibilities. As we near the annual Solstice on Saturday, December 21st, let your 5D imagination run free in the quantum holographic field. You are birthing your Soul’s destiny and the ascending New Earth in Unity Consciousness.

The Solstice occurs when the sun ‘stands still’ between light and dark. It is the balance point of all creation. It is also the day the Sun enters Capricorn, an earth sign, initiating a change in seasons. While the portal to the galactic center is open, the crystal wave DNA has been attuned to higher dimensional frequencies.

This can be challenging for the physical body, as the old genetic code is decomposing while the Soul’s crystalline code is lighting up. You may have been experiencing increased purging as the lower toxins and emotional trauma is clearing from your biofield. Much sadness has surfaced for transmutation.

12:21 signifies the ‘mirror effect’ of opposites. The 12:21 Solstice is a moment when balance is required, everything that is out of balance is felt intensely. Many of you are lifting your consciousness so that you can be Wayshowers into higher levels of awareness and stabilizers of the crystalline grids. Take this moment of powerful source force and quantum leap into your Soul’s destiny.

As we prepare for 2020 we are being encouraged by Spirit to take our Soul’s mission out into the world. Take action on behalf of the greater good! This is an excellent solar eclipse to start new projects, new beginnings and launch a new cycle in life. The solar eclipse calls us to join in unified cooperation to change the world.

The moon and sun align with the good luck planet, Jupiter trine Uranus enhancing positive change and fortune. When the Solar Eclipse joins the Saturn/Pluto conjunction in Capricorn, it spotlights the past abuses of authoritarian power. Saturn warns of possible fascist tendencies in the spread of globalist control.

The Capricorn Solar Eclipse on the south node highlights karmic injustice in society. The spiraling nature of the universe reveals what goes around comes around. The energy we send out is returning to balance us. The reckoning is spreading to the top tiers of the power elite. Allow all that does not serve your Soul’s purpose to unlock and release, in ease and grace.

We are witnessing the collapse of the old patriarchal power structure/3D energy grid. It is no longer sustainable in the 5D New Earth energies. All of creation on Gaia must be a ‘win-win’ structure or it will not gain any traction in the new paradigm. Combined with the galactic center’s field of infinite possibilities, you don’t want to miss this opportune moment to set your intentions for a favorable 2020.

As we join together from all around the world, we will seed the planetary field with New Earth templates, consciousness and holographic inserts as we alter the course of humanity. We are flooding the earth plane with LOVE vibration!  Don’t miss this extraordinary moment to crystalize your Soul’s ascension destiny.

Join other Light Bearers, Gridworkers, and Star Beings from all around the world, as we gather on Saturday, December 21st to broadcast our Solstice – Eclipse Global Activations. The show is recorded for replay.  If you would like to participate, register here: https://newearthcentral.com/?p=211014