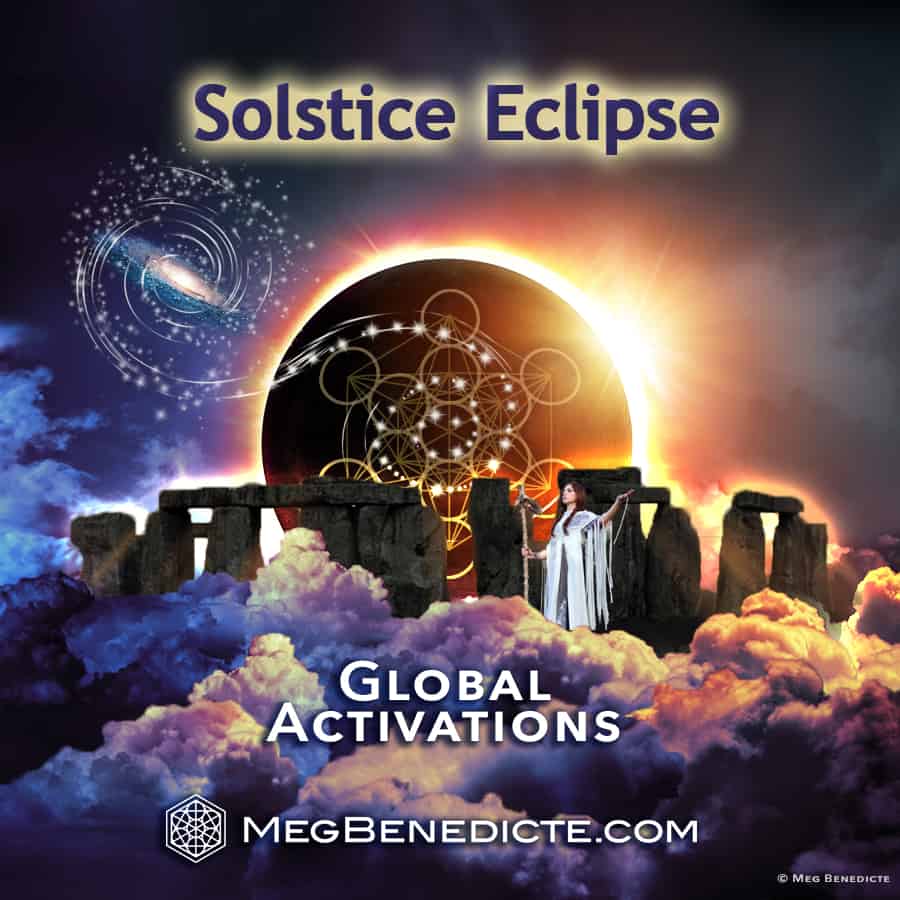 Solar flares and strong plasma waves have been buffeting the planetary field as we move into the Solstice – Solar Eclipse Gateway. The energy in this gateway is transformative. Everything that is dysfunctional is coming up for review, for reform. The world has reached a crisis point of no return. We must plow forward into new territory, new solutions.

From the prescient wisdom of Eckhart Tolle, “Humanity is now faced with a stark choice: Evolve or die. … If the structures of the human mind remain unchanged, we will always end up re-creating the same world, the same evils, the same dysfunction.”

The 2020 astrology is marked by two significant cosmic events that alter reality as we know it. The first event occurred on January 12th when the Saturn-Pluto conjunction in Capricorn set off a ripple effect throughout outdated social order and ruling-elite establishments. The dominoes continue to fall throughout the year. The decomposition of the global system is paving the way for the 2nd event, the year-end Jupiter/Saturn conjunction in Aquarius on the Solstice celebration Dec 21st.

Setting the scene just six months prior is this weekend’s Solstice and Solar Eclipse at 0° Cancer. The Solstice this Saturday, June 20th forms a powerful vector momentum spiraling towards December’s Solstice conjunction. We are hurtling through space towards a karmic clearing on a massive scale. The human race is learning how to balance self-freedom with self-responsibility. We can expect more systemic collapse during the 2nd half of 2020.

We stand at the hinge point of society being redirected into a new era, the Age of Aquarius. As the veils thin and the systems falter, we can influence the future outcome. We are witnessing a heart-swelling movement of common compassion and empathy for ourselves and others. No longer fixated on personal acquisition or individual differences, our world can unite and jump-start a new paradigm.

The Solstice forms a direct pathway to the galactic center at 26° Sagittarius – the hinge point between matter and virtual matter. It is the universal portal of transformative alchemy. As we ascend into zero point, all discordant frequencies erode, cancelled by phase interference. What no longer harmonizes with universal Oneness and unity consciousness is dissolving. We are approaching a tipping point in human consciousness, as we spiral higher and higher.

When we come together with a united purpose and vision, we form a ‘group mind’, a unified field of powerful laser focus that penetrates the quantum entanglement. We can shape-shift potential future outcomes for Gaia and humanity with our singular focus. It is why we incarnated on Gaia at this time. Our combined ‘Love pulse’ ripples into the planetary field and transmutes pain and suffering. We are here to uplift the consciousness into higher levels of unified compassion.

You are a ‘consciousness leader’! Not only are we spreading LOVE throughout the collective, we are transforming Gaia from an enslavement planet into the Heart Chakra of the Milky Way. Heal your heart, attain inner balance and radiate LOVE everywhere.

Join other Earth Keepers, Gridworkers and Star Beings all around the world as we gather together on June 20th to seed our personal and global intentions to birth our New 5D Earth. We will perform healing activations during our Solstice – Solar Eclipse Gateway gathering. The show is recorded for replay. If you would like to participate, register here: https://newearthcentral.com/?p=212785

Copyright (c) 2020 Meg Benedicte * All Rights Reserved * You may copy and distribute this material as long as you do not alter it in any way, the content remains complete and you include this copyright notice.